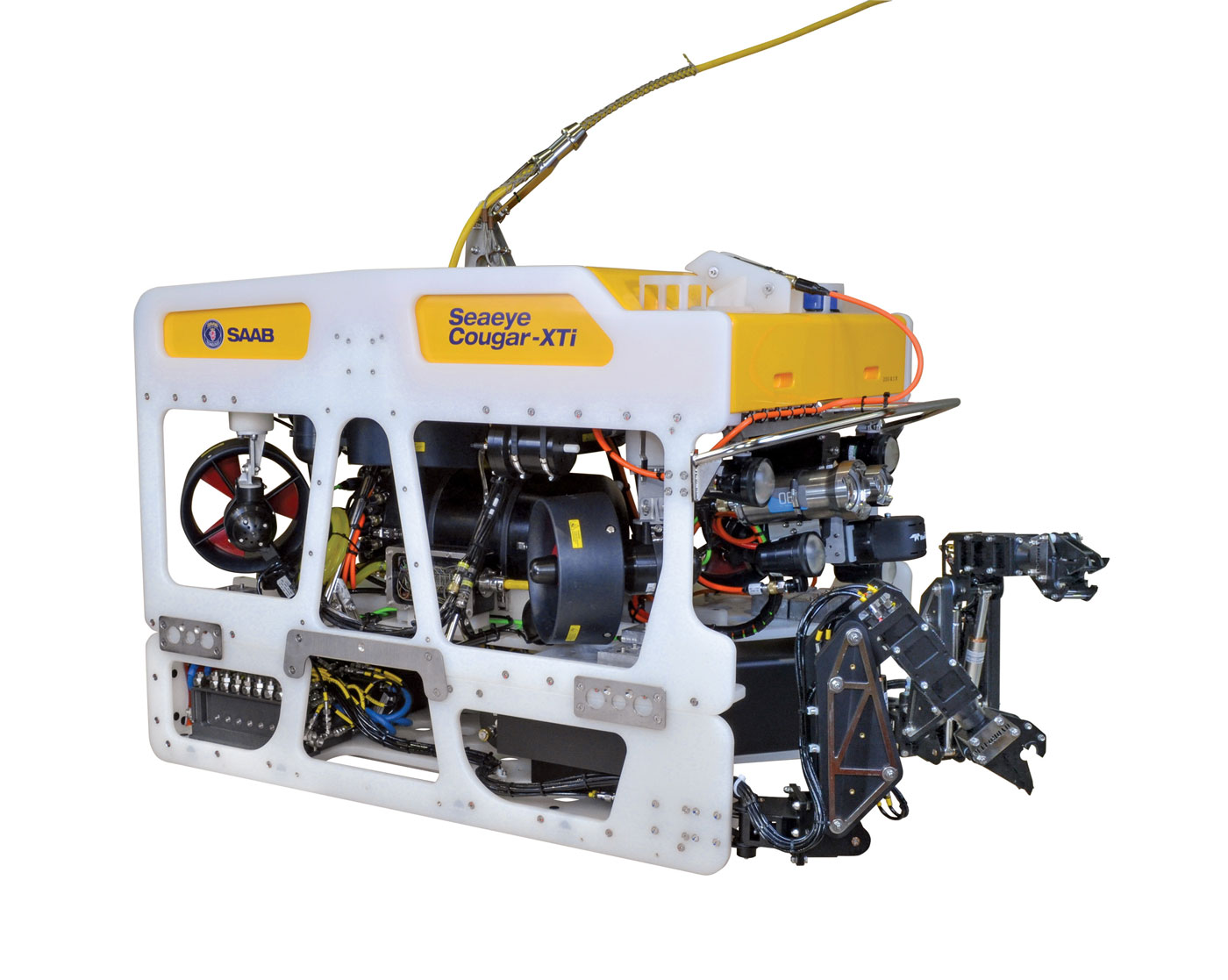 The Saab Seaeye Cougar XTi for Kayo Engineering can operate precisely in strong currents whilst fitted with cameras, sonars and tools.

The ship is one of a fleet of vessels belonging to Kaiyo Engineering, the only privately owned research and observation company in Japan.

The Cougar XTi adds to Kaiyo’s portfolio of Saab Seaeye robots that include a Leopard and a Falcon.

In addition to its cable inspection role, the Cougar will also be used by Kaiyo Engineering to cover additional Leopard work.

Worldwide, Saab Seaeye robots play a dominant role in offshore renewables, as they are technologically suited for the challenges involved in building and maintaining structures and interconnections.

The Cougar XTi is a particular favourite. With its six powerful thrusters it can hold steady in cross currents and operate with precise manoeuvrability whilst fitted with a wide array of equipment.

Its intelligent iCON™ behaviour-based ecosystem endows each device with its own microprocessor for individual control and real-time feedback, in a modular future-flexible system that allows for further development and innovation.

Supporting the successful acquisition of the Cougar and other robotic systems is Saab Seaeye’s distributor in Japan, Marimex Japan K.K.

Kaiyo Engineering is a long-established research and observation company that undertakes a variety of projects including collecting, analysing, evaluating and reporting data.