This breakthrough is significant for both the offshore energy industry and ocean science who have been watching developments in residency technologies for the substantial operational and financial benefits possible from remote residency.

Saab Seaeye says that their iCON based Sabertooth AUV/ROV vehicle, fitted with a Blue Logic inductive device, can now successfully dock in a safe and controlled manner at different kinds of remote stations.

This development places Saab Seaeye in the forefront of offshore residency as the only system at this advanced stage in the market.

“The Sabertooth is the only hovering autonomous system that can operate in both AUV and ROV modes,” says Jan Siesjö, chief engineer at Saab Seaeye, Sweden, “and is the only vehicle currently on the market capable of undertaking long term residency operations in difficult to access locations.” 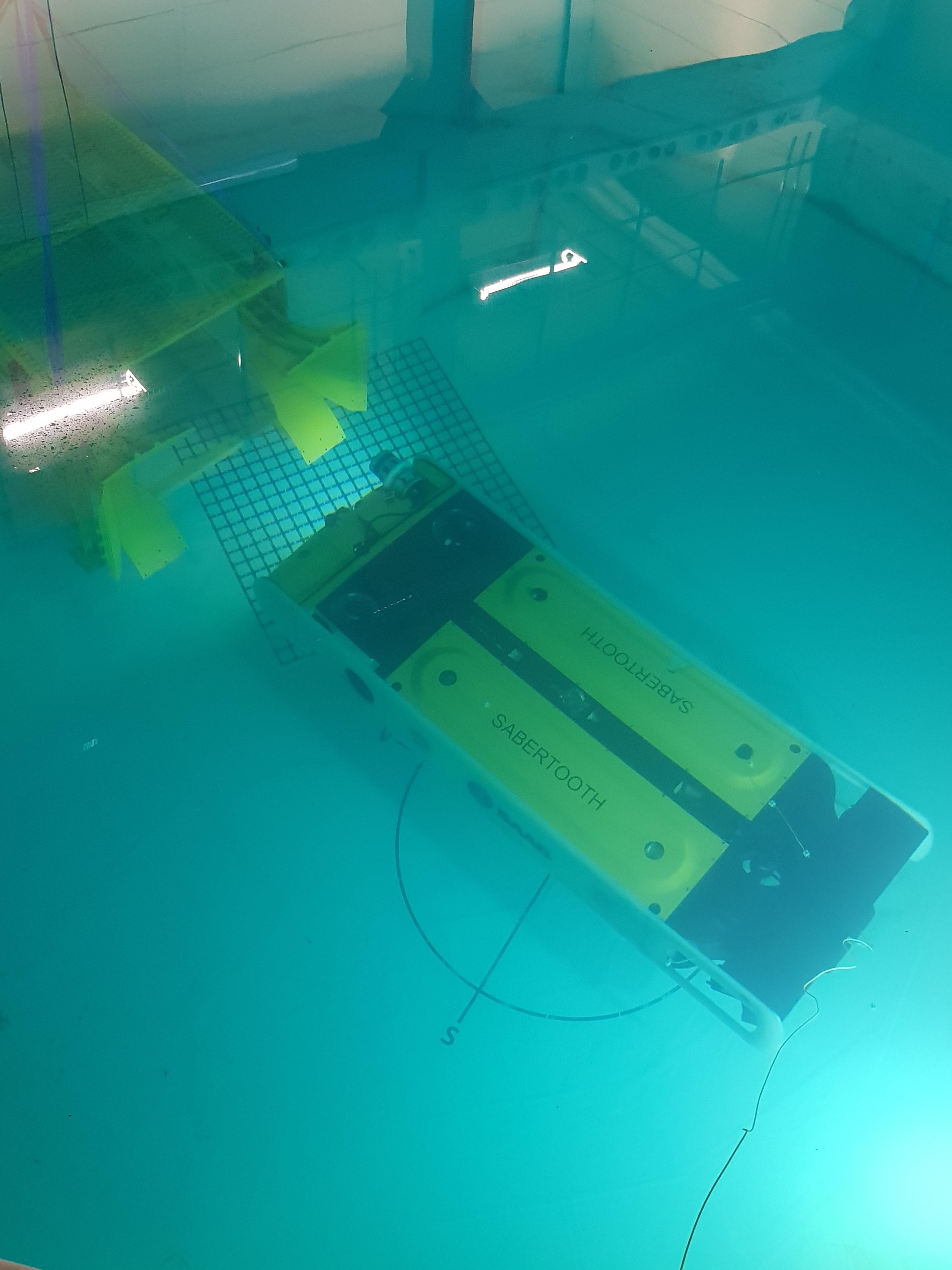 He adds that the Sabertooth’s outstanding manoeuvrability, stability and ability to work in tough and challenging environments, “makes it a remarkable vehicle that is capable of many different tasks.”

The 3,000m rated Sabertooth can be based at a remote location docking station ready to be launched on pre-programmed or man-controlled missions, including inspection, repair and maintenance, research tasks and environmental monitoring. At the docking station, tooling packages are stored, batteries recharged and data transferred via satellite or cable to shore.

Blue Logic’s managing director, Stig Magnar Lura, says they were delighted to work with Saab to integrate the Blue Logic 2kW charger into the Sabertooth.

“It was very satisfying seeing how easily and efficiently your team handled this new technology and handling connections in both the horizontal and vertical plane. It was a world class demonstration of flexibility and agility,” he declares. “The experience really supported the ‘plug and play’ promise we offer our customers.”