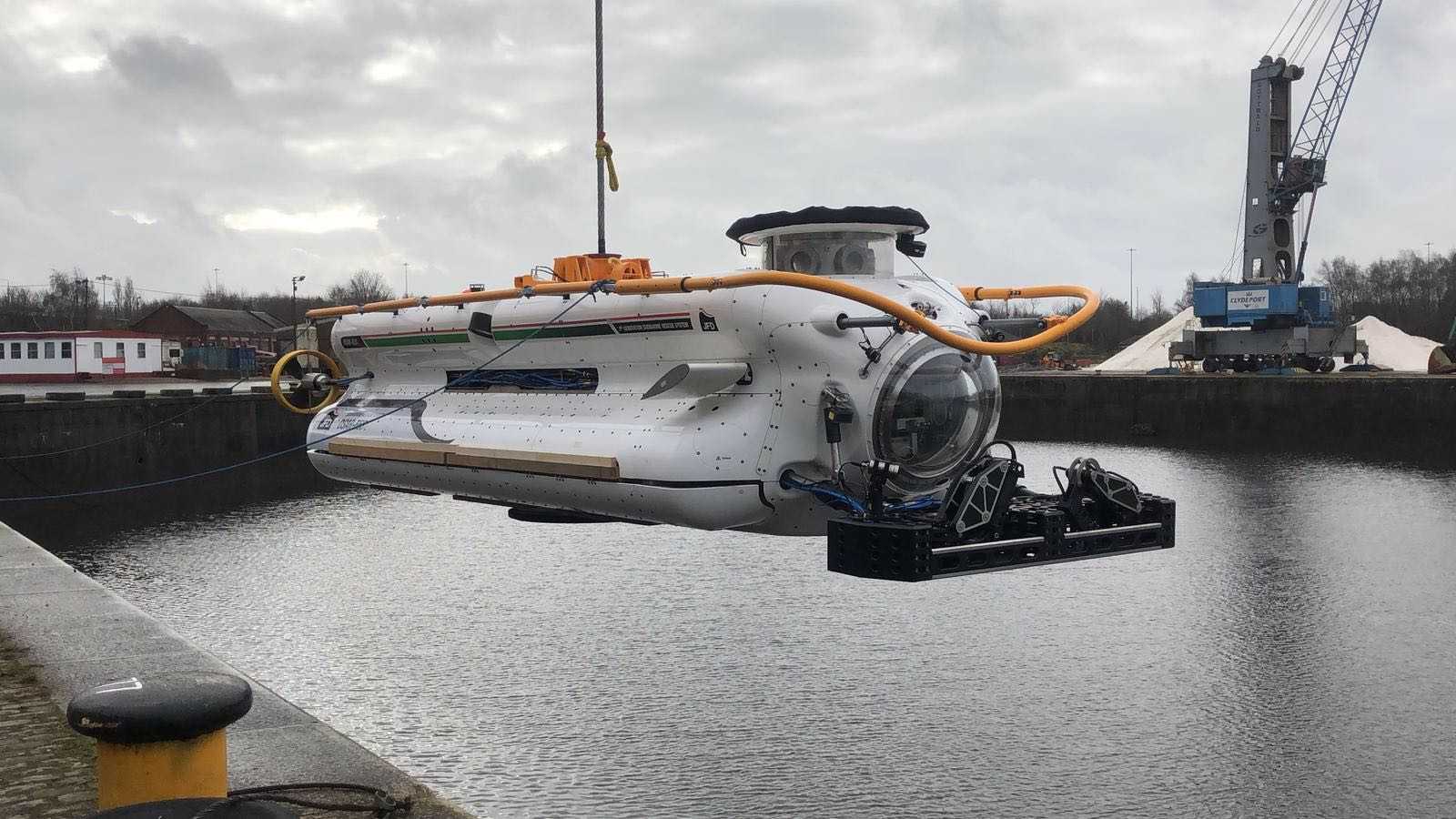 JFD, the world leading underwater capability provider serving the commercial and defence markets and part of James Fisher and Sons plc, has completed the first stage of harbour acceptance trials of its first deep search and rescue vehicle (DSRV) for the Indian Navy’s 3rd Generation Submarine Rescue System, the company has announced.

The initial harbour acceptance trials of the first DSRV, which were undertaken at Glasgow’s King George V dock, are now complete. As part of this process the system has been comprehensively tested in a variety of conditions.

The DSRV hull previously underwent factory acceptance tests in December 2017 at the JFD-owned National Hyperbaric Centre in Aberdeen. These tests included thorough pressurised testing on the system’s pressure hulls and command module – all of which were completed successfully.

Upon completion of the harbour acceptance trials, the DSRV will be fully integrated with the rest of the rescue system at a site in Glasgow including the offshore handling system, intervention suite and 90 person decompression facilities.

“The completion of the initial harbour acceptance trials for the first DSRV, to be delivered to the Indian Navy, is an important step in the delivery of this contract. This is part of the progressive acceptance of the system designed to drive out risk during the later stages of sea acceptance.

JFD’s 3rd Generation DSRV marks a significant and pioneering step-change in real world submarine rescue capability. It is one of the deepest submarine rescue vehicles available and is weight optimised for maximum payload and optimum transportability. It has high levels of in-water performance including speed and manoeuvrability and can mate with submarines that might be subject to inclination on the seabed.

We are pleased of the progress that has been made in delivering on this important contract and look forward to the DSRV becoming operational later this year.”

The 3rd Generation Submarine Rescue System has been developed by JFD to maximise the chances of successfully rescuing the crew of a distressed submarine (DISSUB). Using its 30 years of experience and knowledge it has challenged the convention and brought to market an innovative new system that ensures the highest standards in safety, quality, flexibility and speed, thereby better protecting the lives of submariners.

Under the £193m contract, awarded in March 2016, JFD is providing two complete flyaway submarine rescue systems to the Indian Navy, including DSRVs, Launch and Recovery Systems (LARS) equipment, Transfer Under Pressure (TUP) systems, and all logistics and support equipment required to operate the service. The equipment has been designed, manufactured, integrated and tested by JFD prior to shipping in March 2018 for final commissioning and trials. The full, certified systems are due to be delivered to the customer in June 2018.