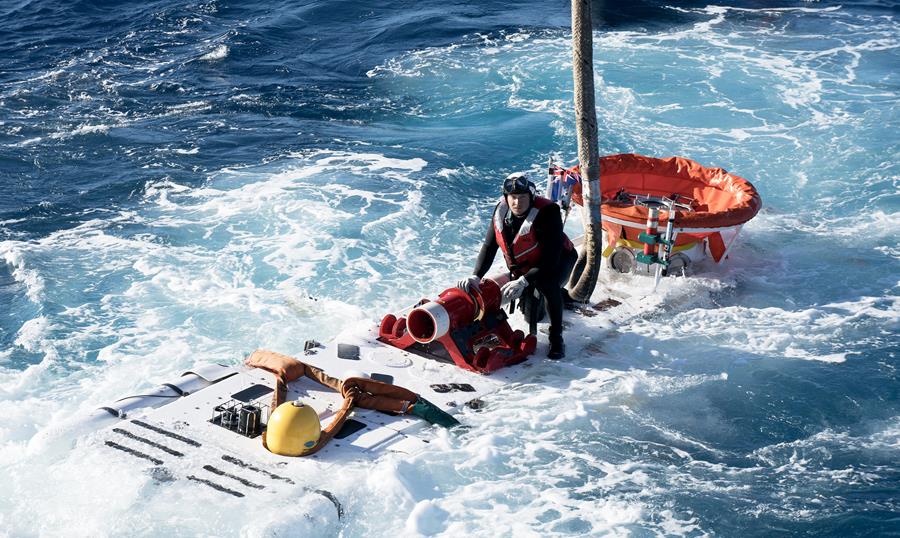 JFD, the world leading underwater capability provider serving the commercial and defence markets and part of James Fisher and Sons plc, has demonstrated why it is a global leader in submarine rescue after two weeks of intensive exercises at sea off the coast of Western Australia.

In some of the world’s most challenging waters, “Black Carillon 2017” showcased JFD Australia’s superior ability to save lives in a deep-sea submarine emergency.

As a trusted and proven strategic capability partner of the Royal Australian Navy (RAN,) JFD Australia conducted the annual safety exercise with the support of a robust local supply chain which helped deliver and install critical submarine rescue equipment to the two participating ships, MV BESANT and MV STOKER.

Launching from the deck of MV STOKER, JFD’s free-swimming LR5 rescue vehicle with a pilot and two crew, was sent down to depths of 400 metres to locate the underwater target seat and simulate the safe “mating” to the rescue seat of a real submarine.

This is a crucial exercise as it also serves to maintain the submersible’s 3rd party certification ensuring that it is ready and fit for its hazardous duty year-round.

“This year threw up some very tough conditions, the weather was closing in and our operations team, engineers and technicians really needed to put their knowledge and experience to the test,” said General Manager, JFD Australia, Toff Idrus.

“That makes the success of this operation even more pleasing and shows that the fast, safe and proven submarine rescue service we have been providing to the Navy for the past decade is still unrivalled.”

The LR5 successfully attached or “mated” with the submarine’s hatch several times, which, in a real emergency, would see those on board a disabled submarine safely rescued from the sea floor.

“This year’s Black Carillon exercise was highly successful and clearly demonstrated that we have a capable and reliable Submarine Rescue Suite that is able to respond to a submarine emergency,” said the RAN’s Commander of the Submarine Force, Captain Geoff Wadley.

JFD Australia is also soon to deliver a world-class hyperbaric equipment suite to the Australian Government which will offer lifesaving medical and decompression treatment for up to 65 survivors with room for a further 14 chamber operators and medical staff in what is further evidence of JFD’s Australian capability and commitment to local jobs and continued growth of its local workforce.

“JFD Australia has a solid track record in offering a full submarine rescue system from our advanced maintenance and service centre at Bibra Lake, south of Perth that is on standby at all times and ready to respond within twelve hours,” said Mr. Idrus.