HMCS Windsor returned to Halifax Thursday after being away for 101 days on overseas military exercises with NATO.

The submarine left Halifax in the fall with five other ships: the Athabaskan, Halifax, Montréal, Goose Bay and Summerside.

Families greeted their sailors at the navy’s Halifax dockyard Thursday afternoon, including toddler Alexandre Novitsky, whose mother Amélie Bernard held him as they waited for Robert Novitsy to disembark.

This was the first time the father had been away for an extended time from his two-and-half-year-old son, Bernard said from the dock as the navy band played The First Noel for waiting families. 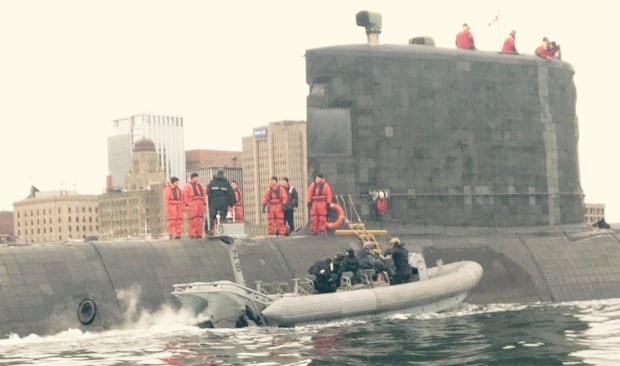 This fall HMCS Windsor participated in Joint Warrior and Trident Juncture, two operations with NATO allies to “enhance combat readiness,” a statement from the Department of National Defence said Thursday.

“These exercises enhance Canada’s ability to operate with its NATO allies and contribute to solutions for an evolving and challenging global security environment,” the statement said. 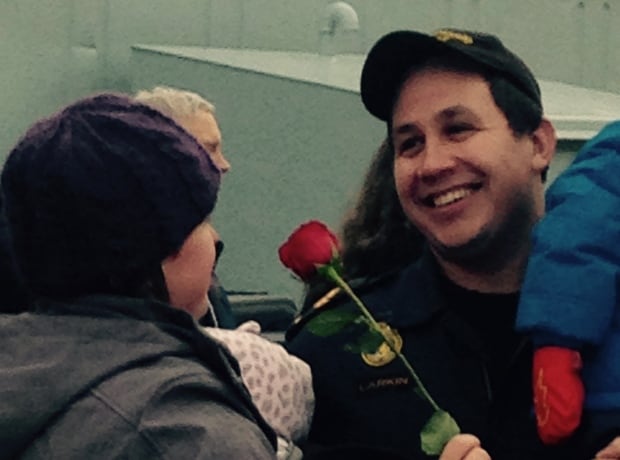 HMCS Windsor, the only submarine on the East Coast, has a history of mechanical problems. The sub was put back in operation last January after $17.2 million was spent repairing and upgrading a faulty generator.