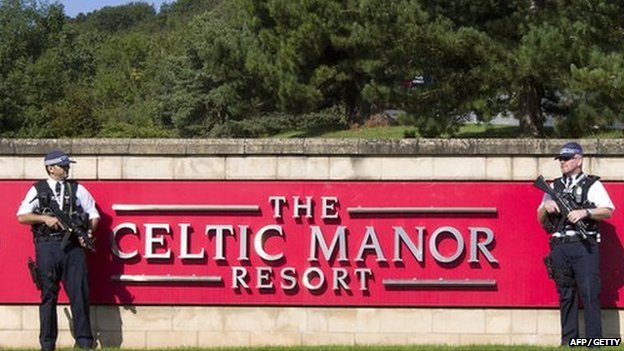 Security has been stepped up around the Celtic Manor in Newport

Officials from around the world have started arriving in Wales for the Nato summit in Newport.

The two-day event at the Celtic Manor begins on Thursday with world leaders due to arrive at Cardiff Airport's temporary terminal from Wednesday.

One hundred extra staff will be on duty to run the terminal built specifically to handle the Nato traffic.

The arrivals come as security in Cardiff and Newport is tightened further ahead of the two-day summit.

Roads between the Celtic Manor Resort and Cardiff are most likely to be hit, but there are no plans to close the M4. 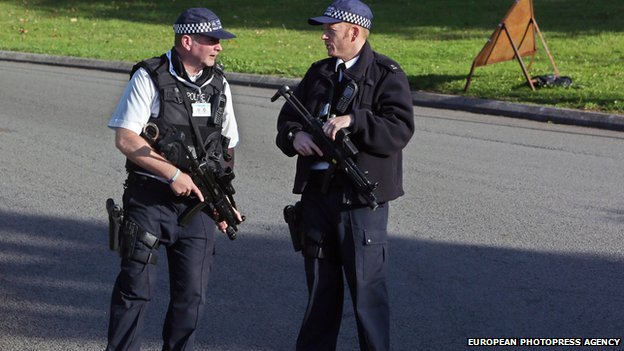 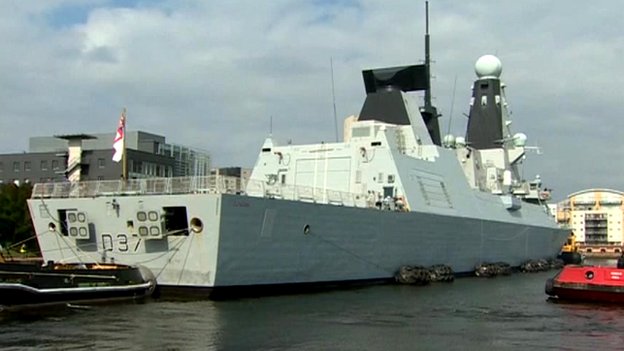 HMS Duncan made its way into Cardiff Docks on Tuesday 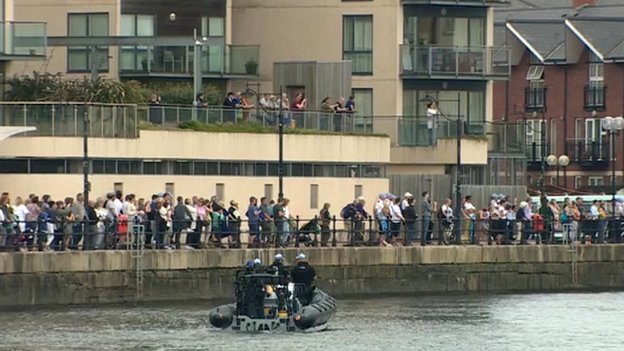 Crowds of onlookers gather o catch a glimpse of the warship

Traffic is already feeling the squeeze in Cardiff with lane closures to make room for security fences.

A series of training flights by military helicopters and other aircraft ahead of the summit have been taking place over Newport and Cardiff.

People have been urged to allow more time for their journeys in those areas including roads to and from the airport in case of congestion, with a limited number of restrictions.

The airport's chief of staff Jason Thomas said: "It's an extremely major operation – we have been working on it for close to a year.

"We've split our whole operation in two for the duration of the Nato summit.

"We've built a temporary terminal near the British Airways site, essentially duplicating the existing terminal, ready to welcome the delegates. 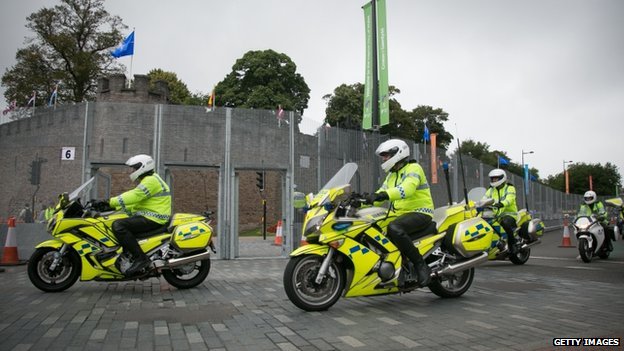 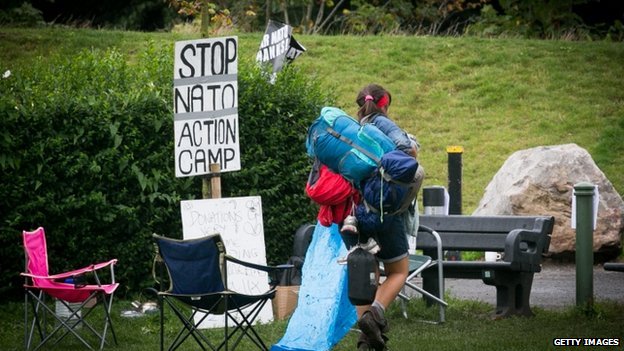 "We're still running our day-to-day operations – for passengers it will be business as usual.

"We are genuinely really excited – it provides an opportunity for us to give Nato delegates a warm welcome to Wales, and an opportunity to showcase what we've done in the last 18 months to transform the airport."

The Latvian minehunter LVNS Viesturs' which arrived at Cardiff Docks on Monday morning. It is a Tripartite-class vessel, built for the Dutch Navy, with up to 40 officers and sailors.

Other vessels due in Cardiff for the summit include the French anti-submarine frigate, La Motte-Picquet, and the Norwegian corvette HNoMS Skudd.

The Royal Netherlands Navy and the Lithuanian navy are also expected to send minesweepers. 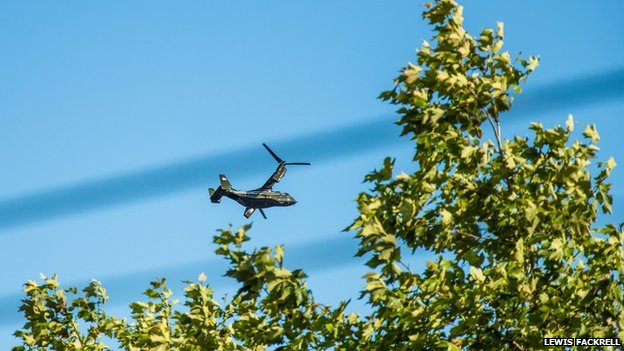 Meanwhile, 1,500 journalists from around the world who are making the trip to Wales for the summit have been invited to a reception at Tredegar House in Newport on Thursday evening.

They will be served Welsh food prepared by chefs from the Welsh Culinary Association and drinks from producers across Wales.

Entertainment will be provided and the National Trust has agreed to open up all of Tredegar House for those attending to look around.

First Minister Carwyn Jones said: "The Nato summit will focus international attention on Wales in a way that we have rarely, if ever, experienced before.

"It's important that we welcome the world's media in the same way as we would welcome any visitors to our country, but particularly because we want them to leave with a positive impression of our country." 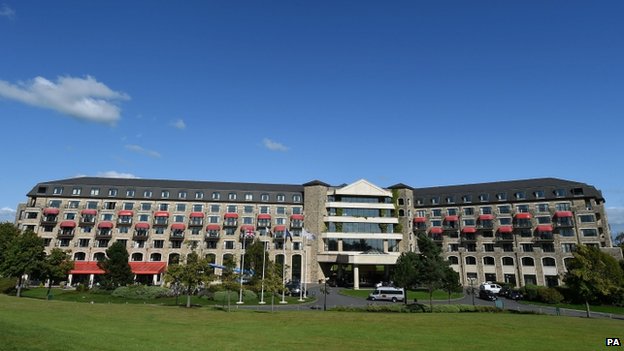